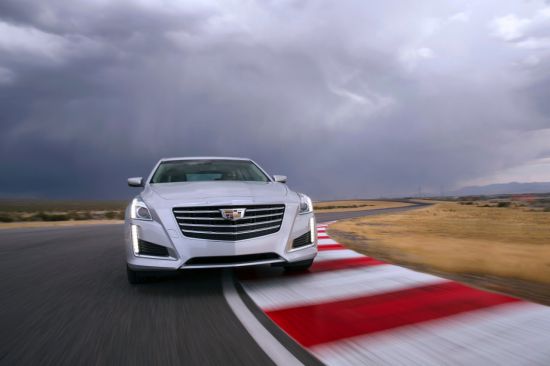 The 2017 Cadillac ATS Turbo Sedan, the fastest, most powerful turbo-four luxury sedan in its class, becomes the entry point to the Cadillac ATS Sedan and Coupe family. Cadillac CUE – the centerpiece of the ATS’ comprehensive collection of technologies, including Apple CarPlay and Android Auto advanced smartphone integration and available 4G LTE Wi-Fi hotspot – is now standard for 2017 ATS Sedans and Coupe models, making the ATS one of the most connected cars in the segment.

The 2017 Cadillac CTS features a new grille design in the front fascia and an all-new rear fascia with vertical exhaust orientation and valence panel changes. The front fascia in the CTS V-Sport and CTS-V remains unchanged. Rear Camera Mirror, the industry’s first application of full-display rearview mirror technology that debuted in the 2016 Cadillac CT6 prestige sedan, is available in Cadillac CTS models in 2017.

The Cadillac ATS product line is Cadillac’s most compact and sporty entry, setting into motion the current era of Cadillac driver’s cars offering exhilarating performance. Originally introduced as a 2013 model, ATS won both the North American Car of the Year and Esquire Car of the Year award that year. Built on an ultra-rigid, rear-wheel-drive chassis that also underpins the larger Cadillac CTS, the ATS line added a dynamic Coupe model in 2015.  The high-performance ATS-V Sedan and Coupe — the smallest and lightest V-Series models ever — were added in 2016.

The Cadillac CTS Sedan, which began its third generation in 2014, has been named a Car and Driver “10 Best” for three years in a row and received Motor Trend’s 2014 Car of the Year award. Built on the same ultra-rigid, rear-wheel-drive chassis that underpins the smaller Cadillac ATS Sedan and Coupe models, the CTS lineup included a performance CTS V-Sport model for the first time in 2014 and added the much-anticipated third generation, high-performance CTS-V super sedan in 2016.