Does anyone have any idea how friendly or unfriendly Magneride 4.0 is when doing wheel/tire size changes?

Is everything OK as long as you maintain rolling diameter, or are we stuck with 18"s?

Just curious what I'll be able to get away with without sacrificing the performance of the system as designed. 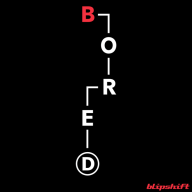 I don't see how the system is capable of knowing how big the wheels are. I will say that as long as the Front/Rear ratio remains the same, a slight variance in the speedo should be the only impact. I've gone up a size over on my tires and the car didn't seem to notice. Been running 255/285 on my SS since the first tire change.

Now, if you throw the ratio off, and the 'axles' are spinning at different rates? I'd imagine that'd cause some issues. Though, having said that. The spare is a front tire, and there's at least a half-inch difference in diameter. It even comes with a sticker that says "Temporary Use Only". You can run it on the back and I don't think it throws any codes or anything. (I've never actually tried it, so YMMV) 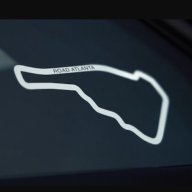 DustinEarnhardt said:
Does anyone have any idea how friendly or unfriendly Magneride 4.0 is when doing wheel/tire size changes?

Is everything OK as long as you maintain rolling diameter, or are we stuck with 18"s?

Just curious what I'll be able to get away with without sacrificing the performance of the system as designed.
Click to expand...

I'd be more concerned about how the ELSD reacted to a wheel / tire change than the shocks.
D

I'm not looking to go with anything too extreme, but I can never leave well enough alone, so I'll likely be changing the wheels at some point. I'd like to be able to go with 19's (just for vanity) and keeping the same tire diameter but sticking as wide of a tire that can fit on there. 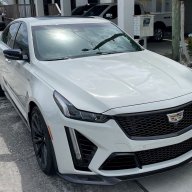 I do not think it matters as much with rear wheel drive only. I think the most important thing is to ensure the same, or very similar, rolling diameter (as stated).

This site is pretty good for understanding changes in tire/wheel size and related measurements.

sandstrs said:
I do not think it matters as much with rear wheel drive only. I think the most important thing is to ensure the same, or very similar, rolling diameter (as stated).

This site is pretty good for understanding changes in tire/wheel size and related measurements.

It's not really an AWD/RWD issue- the stability system looks at a ton of variables, from brake/throttle/steering position, wheel spin, g-forces, etc. in order to decide what to do. The system will make all sorts of changes beyond just energizing the shock fluid- it'll retard throttle, add differential braking, clutch the diff- whatever the programming says is most likely to make the car go in the desired direction.

There's probably a fairly wide tolerance built in- because the system has to be able to function with one low tire or a bit of gravel or whatnot- but there are limits. I just have no idea how much delta you'd need to inject into the math to screw things up. I believe that there's just under a 1" difference in front/rear tire height on the 5s, and you can probably step outside of that a bit. However, I don't know if you could get outside the envelope and cause high-speed cornering, or heavy throttle to register the speed difference and cause the system to react incorrectly.

I'd imagine most of the effects will be annoying at worst, but I suppose there is always the chance it interprets things wrong, taps the outside rear brake a bit too much and sends the car into snap oversteer with no warning signs or something. 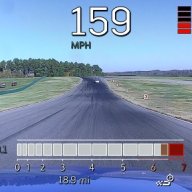 As others have said, keeping the relative diameters of the wheel+tire consistent front to rear is the main thing to keep in mind. If you have that off the wheels speed sensors will show different relative speeds which can affect brake bias under heavy braking, traction control under acceleration, and how active handling responds.

The closest example I have is that on my 2015 Z06, any steering input under heavy braking would cause the dynamic brake bias to bleed off rear brake pressure. The result is that you would need to push harder on the brake pedal to maintain the same decel rate.

I don't expect the suspension calibration is so sensitive that a change to unsprung weight of the wheel/tire combo which significantly affect how it reacts. If that were true, they would have to offer a different suspension cal for cars with the magnesium wheels.

GM has said that with the C7 they tuned the eLSD, PTM, and ABS differently on the Z07 cars in part because of the Cup 2 tires. They say that is why they wouldn't offer the Z07 with the Super Sport tire. Lots of folks though have tracked C7s with other tire sizes (width) and compounds without any issues.
You must log in or register to reply here.
Share:
Facebook Twitter Reddit Pinterest Tumblr WhatsApp Email Share Link