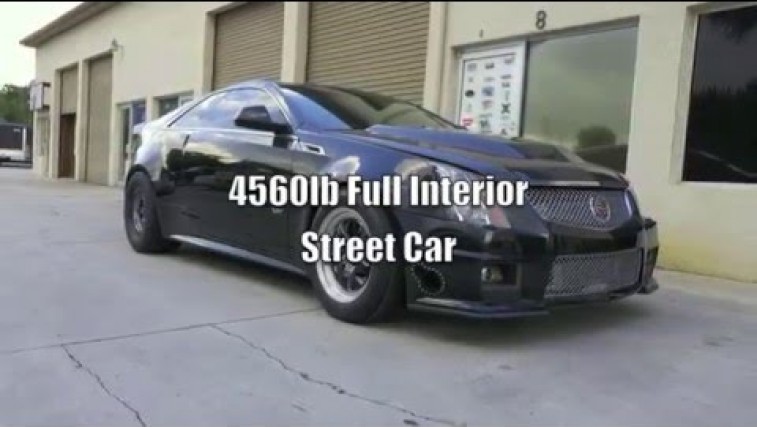 Even though the Cadillac CTS-V has been in production since 2004, many people around the world are astounded by the incredible performance of this Cadillac and how far it’s come in taking out some of Europe’s best.

This modified second generation Cadillac CTS-V coupe is no exception.

This isn’t just any run of the mill CTS-V, but it happens to be the world’s fastest CTS-V clocking in with an 8.96-second quarter mile pass at 162 mph! Who would have ever thought that a Cadillac, long thought to be an enormous land yacht built only for aging grandfathers, could ever produce this kind of performance?

Check out this killer CTS-V coupe in the video below as it blasts its way into the record books!

Chime in with your thoughts in the forums >>>

MotorWeek TV Pits the 2016 Cadillac CTS-V Against its Smaller Sibling, the ATS-V