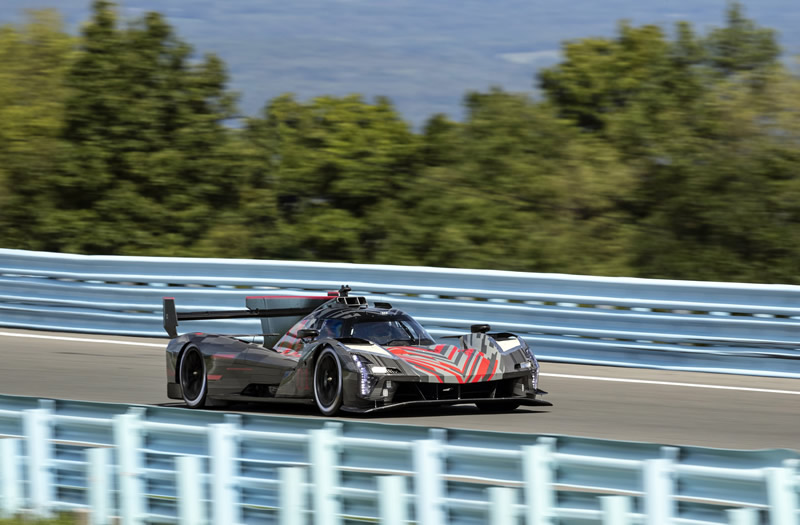 Cadillac is excited to be competing on the world racing stage in 2023, challenging for wins and championships in the FIA World Endurance Championship Hypercar class with the Cadillac V-LMDh race car.

Three drivers with strong ties to Cadillac Racing will drive the Cadillac V-LMDh in every WEC race in 2023, including Cadillac’s first outing to the 24 Hours of Le Mans since 2002.

Earl Bamber and Alex Lynn, who co-drove the No. 02 Cadillac DPi-V.R to victory in the 2022 Twelve Hours of Sebring, will be joined by veteran sports car racer Richard Westbrook to drive the Chip Ganassi Racing-prepared Cadillac V-LMDh. The 2023 World Endurance Championship season begins March 17 with the 1,000 Miles of Sebring in Florida.

The drivers of the all-new Cadillac prototype will also compete in the Rolex 24 At Daytona in late January – the opening round of the nine-race IMSA WeatherTech SportsCar Championship – in the Grand Touring Prototype class. 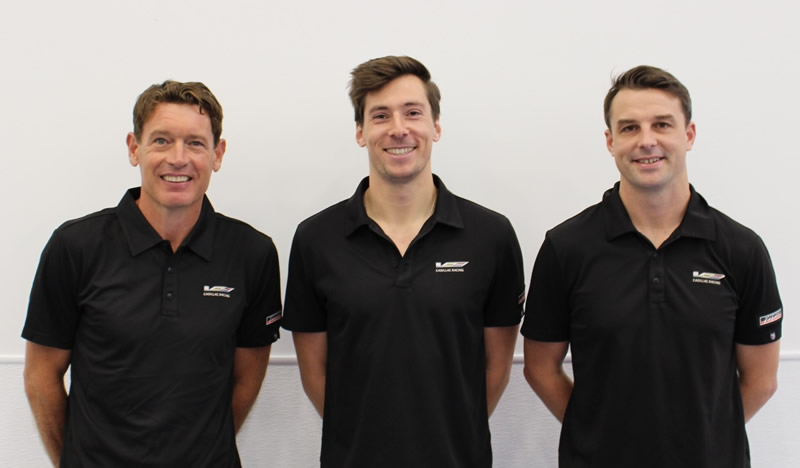 “We look forward to new challenges by entering the V-LMDh in the World Endurance Championship,” said Global Vice President of Cadillac Rory Harvey. “Bringing together a world-class team of drivers is paramount to our success next year and Cadillac Racing has accomplished that.”

The driver lineup brings a considerable amount of talent and experience that will aid the team as it competes at circuits around the world next season. The 2023 FIA WEC calendar includes races in Europe, Asia, the United States and the Middle East.

Westbrook is an 11-time IMSA race winner and earned a class victory in the Rolex 24 At Daytona in 2018. This year, the British driver scored an overall podium finish in the 24 Hours of Le Mans, co-drove to a runner-up finish at Sebring and earned third place finishes at the 24 Hours of Daytona and Long Beach.

Renger van der Zande and Sebastien Bourdais, who co-drove the No. 01 V-Performance Academy Cadillac DPi-V.R to three victories this past season, will continue as teammates in a Chip Ganassi Racing-prepared Cadillac V-LMDh.

Additional drivers for endurance races on the 2023 IMSA GTP schedule, beginning with the 61st Rolex 24 At Daytona on Jan. 28-29, will be announced at a later date.

All seven Cadillac Racing drivers are participating in the on-track development of the Cadillac V-LMDh.

Earl Bamber: “I’m really happy to continue at Chip Ganassi Racing and Cadillac. I’ve loved my first season in DPi and now to continue over into the LMDh era and WEC is super exciting. Looking forward to fighting for world championship and another Le Mans victory.

“The World Endurance Championships gives us the opportunity to race at the world’s biggest race, which is Le Mans, the crown jewel of sports car racing. I’ve been lucky enough to win it before and it’s obviously a huge goal for Cadillac and everyone at Chip Ganassi Racing. To have that goal in sight is really exciting.

“It's been great to have Alex as a teammate in 2022. We’ve been able to learn and grow together in the DPi and we have a really good partnership going into WEC. We know each other really well and believe adding Richard will be a seamless transition. Hopefully, we can kickstart the 2023 season with success.

“The Cadillac V-LMDh car is phenomenal. Since day one we’ve been doing a lot of simulation work. I was lucky enough to be the first driver to get behind the wheel at Putnam and that was a really special moment. The whole team at Cadillac have done a fantastic job. It sounds phenomenal and I think the fans are going to love it.”

Alex Lynn: “I'm absolutely thrilled to continue with Cadillac and Chip Ganassi Racing. It's a huge honor to drive for Chip in any capacity but certainly on a full factory sports car program, it's seriously cool. Cadillac has so much heritage as a luxury North American sports car brand, so to be able to represent them is a huge privilege. I've had a lot of fun in my first year doing it and to continue that onto the World Endurance Championship stage is fantastic.

“For me, returning to WEC is sort of what I've always known and it's a bit like going into my wheelhouse. This year in IMSA was a bit different with getting to know all-new circuits and a new style of racing so 2023 will be filled with a bit more of what I’m used to with more of a European focus.

“I think what's significant about WEC is without a doubt Le Mans. As a sports car race Le Mans is the crown jewel and everything that we want to win. To be able to take Chip Ganassi Racing and Cadillac back to Le Mans to fight for overall honors is a huge honor and that's something that I'm going to work tirelessly to make sure we achieve.

“I think Earl and I work well together because we're very close but also because we challenge each other. Whether it's on our driving, on the setup of the car, we push and ask a lot of each other, but at the same time, there's a lot of respect. In a way, there's a little bit of brotherly love which is great, and I think it's needed in a successful sports car team. We’ve thrilled to have Richard come on board and to continue growing a winning program.

“I’m excited to race the Cadillac V-LMDh. I think it looks fantastic and it sounds even better. It’s going to really be one for the fans especially when we take it to Le Mans. I know that the crowd at Le Mans are big fans of American V8s, and this car is going to be no different other than the fact that it's going to be fighting for the overall victory, which I really believe it’s going to be a fantastic car. I think we're going to make great memories. There's one trophy that we've all got our minds on and it’s that one.”

Richard Westbrook: “After four really good years at Chip Ganassi Racing, I’ve got so many friends there and I’ve always dreamt to come back one day. It just worked so well between 2016 and 2019, and I’m delighted we found a route to come together again. I can’t wait, it’s an exciting era in sports car racing right now.

“It’s a really exciting time to be a sports car drivers when you have all of the top manufacturers throwing everything at it. I personally enjoy helping develop cars and I’m excited for the beginning of Cadillac’s V-LMDh program.

“I feel like I know Alex and Earl really well. I did Le Mans with Alex in 2020 and I’ve known him for years. It feels like I’m going back with an ex-teammate and exactly the same with Earl. Although I’ve never shared a car with Earl, we’ve always done the same sort of racing be it in WEC or in IMSA. We’ve had lots of battles, including this year in our dueling Cadillacs. We’ve always gotten along quite well, and I can say we’re going to have a great year together.

“I’ve really enjoyed my time racing in WEC the last couple of years and particularly at Le Mans. 2023 will be my first year doing a full WEC campaign. I think it will be really exciting for a true American manufacturer to go and tackle the World Endurance Championship, which hasn’t been done for a long time. It’s a type of racing that I’m used to and was brought up on. I’m looking forward to the challenge and the calendar looks great. I can’t wait.” 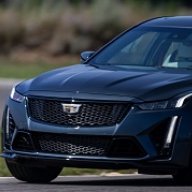 Cadillac, BMW, Porsche and Acura GTP cars are testing Monday - Wednesday at Road Atlanta. They were shown to the public at Petit (except the BMW which was in Ohio having some work done after a Watkins Glenn test). Can't share a few things I know, there are some gremlins but that is what testing is all about. Should be an exciting year and I hope to be at a few races next year.
You must log in or register to reply here.
Share:
Facebook Twitter Reddit Pinterest Tumblr WhatsApp Email Share Link