"Let your plans be dark and impenetrable as night, and when you move, fall like a thunderbolt." - Sun Tzu
H

That's all shot on either Angeles Crest Highway or Angeles Forest Highway north of L.A. Done many a road test on those two, especially when I still lived in the L.A. Area. Whomever shot that video is a kind of a weak-suck. I'd driven that road faster...much faster in my V6 Camaro along with several of my other cars. Haven't run my ATS-V over "The Crest, yet, but I'd be going a hell of a lot faster than the fellow shot that video.

There was one turn I know very well. The speed limit in the area is 40. His digital display says 47. I've been around that corner at 65.

We need some video of someone actually driving The Crest fast.

Making this post reminded me of one of my favorite "kill storles". It wasn't done with an ATS-V. I was in my 2001 Camaro which has a modified powertrain and suspension and it all happened on the same roads shown in the Winding Road ATS-V video. This was orignally posted to the V-Net's sister site, the Corvette Action Center. This was originally posted to a thread on the CAC which complained about the lack of good kill stories in the CAC's Road Kill Lounge. The story has been updated just a bit for the V-Net

Ok...get your flame throwers out.

My most recent road kill tale involves my '01 Camaro which has been a project car for three different magazines and is currently the subject of a web-based project series at the Netmotive site. To read it, click here Now this Camaro is a hot rod, but not the way you'd expect–the engine, is a V6, but unlike the 3.6 in the ATS-V, it's a normally aspirated, 3.8L pushrod V6

Stock, it made 200-hp. I've mod'ed it to 275-hp on the motor and 320 with nitrous. It's got DeGroff heads with bigger Manley valves, COMP cam and valve train, Yella Terra 1.7 rockers, Extrude Honed intake manifold, MSD coils and wires and Denso plugs. But wait...there's more. The car's suspension has been tweaked with a boat load of trick suspension parts from Global West along with Eibach Springs and QA-1 double adjustable shocks. Tires are Goodyear F1 Supercars on 17x9" Fikses. The car also has a five-speed manual, a McLeod clutch, a Fluidyne radiator, Dawson headers, a Flowmaster exhaust and Red Line synthetic lubricants.

One day in the Summer of 2011, my faithful photo assistant, Gary Peterson, and I were doing a photoshoot on Angeles Forest Highway (LACo N3) in the mountains north of Los Angeles. On our shooting script was: fast action in still imagery to illustrate Pt. 5 of the CHpg series and to get some video to give to Flowmaster for its web site. We were done with our session and ready to test my latest setting for the QA-1s on the fastest part of the Forest Highway, a 6.5-mile stretch between the Monte Cristo USFS fire station and the junction of N3 with Mt. Gleason and Mt. Pacifico Roads.

We were stopped at the Monte Cristo station to make sure all our Nikon gear was secure when an '06 GTO went by at "touring speed", I slammed the rear hatch, jumped back in the car and hauled ass.

"I sense you want to catch that GTO," Gary quipped.

"Actually, I want to test the chassis set-up,"

I deadpanned. I kept my foot on the floor until the Autometer shift light flashed at 6200 rpm then grabbed third gear.

About a mile past Monte Cristo, the road makes a 90° left, then goes to four lanes and stays straight for a mile and a half. I love that long straight! We caught the Pontiac right where the four-lane section ends in a very fast right-hand bend. On such a nice summer day, the guy must have been sight-seeing because he was still cruising around the 55-mph speed limit. Our closing speed had to have been 50 mph, so we blew by him

in a spectacular manner.

I tapped the brakes then powered through the left-hander onto the next short straight. When I looked up in the mirror, the GTO was in hot pursuit and his 6-liter engine, with its 400-hp, was catching us. Not for long, though, 'cause a nasty S-turn–combination of a fast left followed by a tighter right and then a second fast left–was coming up fast. To do this right, you you have to carry as much speed as possible through the second turn so your entrance speed for the third turn is not so slow that it screws up your exit speed onto the next straight.

Hard on the brakes. Backshft to third then high-part-throttle. Off the gas, on the brake, off the brake, carry speed through the third turn then floor the throttle until the shift light comes on and into fourth with my foot on the floor

The GTO dude either didn't have the lateral grip or the guy driving didn't have the talent. At the exit of the third part of the S, I looked up, again, and didn't see him at first. But, then, there he was–and now that the road was straight, again, he was back using that V8's power to gain on us...but not a lot because, while he had 400-hp, we weighed about 300-lbs less.

We roared up two short straights linked by a fast left. The Pontiac was still gaining, but running out of road. The next complex, a hard 180 to the right followed by an immediate 90° left hander, was just ahead. After that, was a hard 90° right, two fast bends left-then-right, a hard right and then the summit. This was where we'd totally kick the GTO's sorry ass.

Hard on the brakes, then downshift, fourth-to-second, through the 180-right and the 90-left, upshift to third, hard on it up a short straight, lift, tap the brakes, through a right, back on it to 5500 rpm. .

Here comes the fast left-then-right. Then, I look up and see the GTO, now, almost half a mile behind. I go to fourth for a split second. Backshift to third for the final right-hander, then up a short straight to the summit.

I looked over at the oil temp gauge in my A-pillar gauge pod. It read 260°F "Well, I think the shock valving is pretty damn close," I said to Gary as I pulled into the turnout at the top of the hill. "I think if I drove like this all the time, I'd go up another click in the rear, but overall, the valving is a great compromise."

The GTO roared past. No way did that guy stop or even look over at us because he was some seriously embarassed road kill.
If he had stopped, he probably would have had a freakin' heart attack when he found he got smoked by a V6 Camaro with two balding fat guys in it.

An hour later, we were at "Islands", a bar/grille near my office talking about GTO road kill over burgers and beer.

Oh, did I mention...I didn't have the nitrous installed that day.

I think back and imagine what that would have been like had I been in my ATS-V and not the Camaro. On the other hand, maybe it wouldn't have been so much fun as it would have been over really quick with 464-hp vs. the 300 of my Camaro.
Last edited: Dec 26, 2015
Hib Halverson
I'net Tech Writer
2Vs 'n' 4Zs 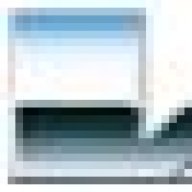 Was wondering if anyone other than me was going to call out such a weak suck video. I couldn't watch the whole thing.

I thought some of that looked like Topanga or Las Virgines. Been on those many, many times wishing I was in my Z06 when visiting my gf. The ATS-V would be incredible. May just have to drive out one day in the Caddy to visit those, Mulholland and several other amazing roads between the 101 and PCH.
2016 RSM ATS-V / 2009 BLK Z06
H

It was all shot up the Crest. I pretty much confirmed that by stopping the video and reading some of the road signs. All I saw were up on Angeles Crest and Angeles Forrest.

I was even thinking of taking Pearl the BMW Buster down to L.A. and doing the Crest with my old photo assistant and let me shoot video. Probably be better to borrow my Stepson's Go-Pro.