Gaining Supercruise but losing the Life 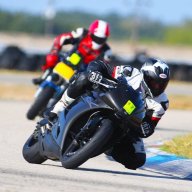 I'm one of those weird people who actually loves driving. Ever since I can remember as a little boy owning a car was the symbol of freedom. More so ever since I could manipulate a clothespin and a baseball card, the sound and feel of speed, has been both, my place of exhilaration, and peace. As an adult I am reluctantly realizing that more and more, the roads and freeways, streets and turnpikes, are increasingly populated with drivers who not only don't really care to drive but don't speak the unique nonverbal language of the road.

Not only are the vehicles populated with people who would rather do anything else but actually operate said vehicle, but the vehicles themselves are being equipped to cater to this desire, with all manner of assisted, hands-free, and ultimately autonomous driving aids. This disturbing trend I fear is actually going to make it HARDER to enjoy driving and in turn make our roads both more congested and unsafe.

Now don't get me wrong, I am certainly no saint behind the wheel. I am the kind of person who takes the estimated time of arrival from my chosen navigation program as a personal challenge. I find driving to be simultaneously thrilling and relaxing be it with miles of clear runway, or in stop-and-go traffic. I love the strategy of being able to maintain my pace and picking my spots so as not to disrupt anyone else's. The song and feel of managing my machine like a fine musical instrument. It's so gratifying. Apart from the physical stimulation of piloting one's own chariot, there is the whole mental chess match of predicting and reacting to what other drivers do. Who is about to come over? Is that car coming up on me so quick a cop? What is that in the distance, wow I haven't ever seen one of those in wild before... I bet slow down this guy looks like he's lost... All of this plus the scenery and listening and watching for any malfunctions with my machine, feeling the condition of the road and my tires, wheel alignment, suspension through the wheel, pedals and seat of pants, it more than enough to keep one entertained.

I was once asked why I hate flying after having made a career of it in the Army, and my answer is always the same. "After you've driven a sports car, you'll never be content riding a bus." Yet increasingly the advent of technology is slowly transforming pilots into passengers and even high-performance automobiles into trackless trolly cars that need said pilots/drivers only for the start and finish, but take over for the tasks in between. I get it, time is of the essence and for many, a commute is a necessary evil. I must admit supercruise may finally allow Karren to put her make-up on during rush hour without killing herself or anyone else. And perhaps a self-driving vehicle will allow Johnny to scroll his phone to answer that completely unnecessary text without endangering anyone in the process.

There is however one problem that both human and artificial intelligence seem to be forgetting, there is a language of the road. The nonverbal language of driving is more than just learning to actually use one's turn signals. It is equal parts observation, experience, courtesy, and intuition. It's the quick flash to pass before actually attempting the maneuver, its the getting over to the right well ahead of the vehicle one spied approaching from the rear to let them by. It's the pulling in front of someone and turning on your turn signal to let them know they've forgotten theirs on for the last two miles. It's the unspoken respect and mutual cover among wingmen in a pair or group of low flyers avoiding the long arm of Johnny no fun. More and more people and certainly AI are losing the ability to communicate effectively while on the road. There is a reason why young drivers get into more accidents than seasoned ones, they don't speak the language. They aren't intuitive, they don't understand that just because you can pull out into traffic doesn't mean you should. Especially if that on-coming vehicle will have to brake in order to allow you to get up to speed... The AI's are programmed to keep their distances but they are proving to show they fall woefully short of understanding when and why. The same variability that leads to traffic jams also creates space in traffic and keeps it flow. There is in driving perhaps nothing quite so frustrating as being stuck behind two vehicles driving next to each other at the same speed. Nor will they get off the gas to let a passing vehicle back over sooner because it lacks the power to make a clean pass because that on-coming vehicle is going faster than they expected. It's all carefully coordinated spontaneous vehicular choreography that requires all dance partners to be in tune with each other, the music, and the non-verbal cues that keep us all informed of what move to make next.

Don't get me wrong, on a long road trip I will engage the cruise control for a few minutes to stretch my legs when the schedule won't afford me a rest stop. Even still while my foot may not be in the throttle, my head is still in the drive. The trouble with supercruise and autonomous driving vehicles is that they hasten the transformation of inattentive drivers into increasingly detached operators in an environment that really does require their undivided focus to survive. In driving as in life the greatest fulfillment is not found in flitting from experience to experience, destination to destination but in learning to enjoy every step, every moment of the journey.

Just my two cents, of course in this day and age those aren't even available anymore.