Auxiliary devices that will connect to the sound system...? 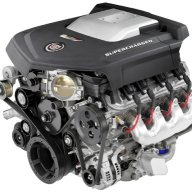 My owner's manual says ...
Auxiliary Devices
The 3.5 mm (1/8 in) input jack and
the USB port (if equipped), located
in the center console bin, allow
portable devices to connect to the
vehicle.
Has anyone been able to play MP3 files via the USB port described above...?
If so, what are you using as an auxiliary device and how did it work...?
I've tried a portable SSD with almost 1000 MP3 files and it rejected that so I tried an SD card with the same files and it rejected that also. Both times it said that it was an unsupported USB device.
Thanks for any tips on getting this to work as we're taking the Vagon to the Peach City Beach Cruise (car show, etc.) in Penticton, BC (Canada) and would like our tunes to play throught the sound system

Problem solved... V system did not like my SSD portable hard drive nor my SD to USB adapter so found a couple of 4 GB hard drives and put part of my tunes on each of them...! Thanks for the help...!